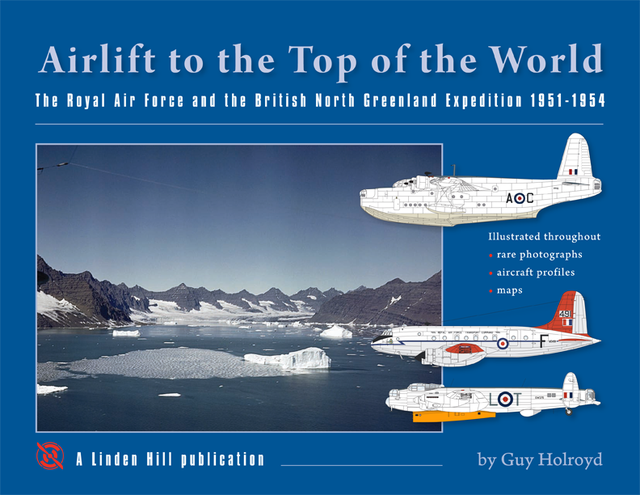 'Airlift to the Top of the World' Book

By 1950 it had been almost forty years since a publicly funded British polar expedition had been attempted. In contrast to the days of Scott and Shackleton, it was now possible to support such a venture with both motor and air transport. The British North Greenland Expedition (BNGE), a combined scientific and military venture to a remote region within 800 miles of the North Pole and headed by a Royal Navy Lieutenant-Commander, would not have been possible without the support of military aviation, mostly in the shape of the Royal Air Force’s Coastal and Transport Commands.

This book examines the origins of the Expedition and for the first time tells the full story of the role played by the RAF in transporting the BNGE northwards, supplying it, supporting its scientific research work, and bringing it safely home. It is a story that includes both potential and actual calamities and details missions flown by the RAF in some of the world’s most extreme climatic conditions.